You may already have seen the colourful geometric shapes looming out from their glass houses on the 2nd floor of the Library. You may have wondered what these shapes are in your peripheral vision, without taking a closer look… perhaps they made you nervous… don’t worry, they are quite harmless. Actually they are quite exquisite – they are pop-up books!

The first known pop-up (or movable) book was created by a Benedictine monk called Matthew Paris in his Chronica Majora around 1240. Paris attached paper discs, called volvelles, onto some of the pages, which were used by the monks to help calculate holy days.

However it was not until the very late 18th century that pop-up/moveable techniques were applied to books designed for entertainment, particularly for children. Some of the first three-dimensional and tab activated books were produced by Ernest Nister and Lothar Meggendorfer. These books were popular in Germany and Britain during the 19th century. 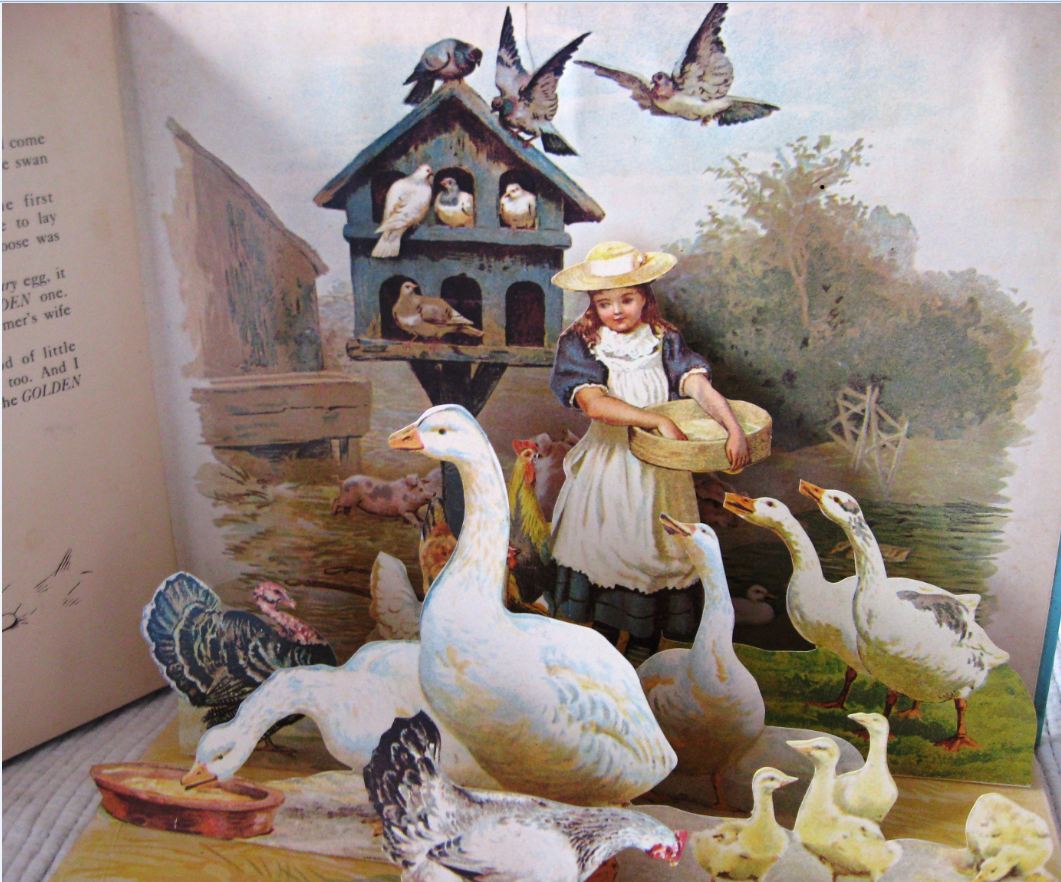 The great leap forward in the field of pop-up books came in 1929 with the publication of the Daily Express Children’s Annual Number 1 “with pictures that spring up in model form”. This was produced by Louis Giraud and Theodore Brown. After five issues, Giraud setup his own publishing house, Strand Publications, producing the ground-breaking series of Bookano books. The Bookano books are considered the first, true pop-up books for children, because the pop-ups can be viewed from a full 360 degrees, not just the front side facing the viewer. There were seventeen Bookanos before the series came to an end with the death of Giraud in 1949.

In the United States in the 1930s, Harold Lentz followed Giraud’s lead with the production of the Blue Ribbon books in New York. He was the first publisher to use the term “pop-up” to describe their movable illustrations. Between the 1930s and 60s, the team of Waldo Hunt and Christopher Cerf created a total of thirty children’s pop-up books for publication by Random House.

Today, a number of artists including David A. Carter, Herve Tullet, Phillipe Ug, Anouck Boisrobert and Louis Rigaud have appropriated the pop-up medium to create colourful, appealing works of their own, all of which are in our new display.

Discover how artists, writers and creatives have used the collections of Glasgow School of Art Library, Archives and Collections to inspire, challenge or expand their practice.